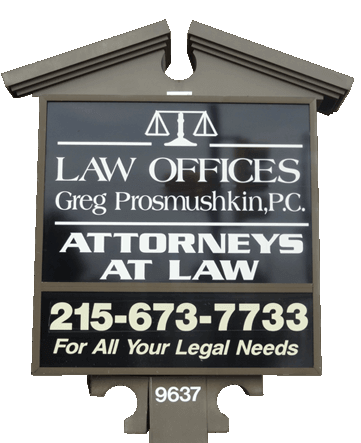 Traffic Tickets are the most common situation during which the average person will have contact with the police. In Philadelphia, police regularly cite people with Speeding, Driving While Suspended, and Driving With No Insurance. All of these citations can be costly. Any traffic ticket you receive may result in fines, points, costs, higher insurance premiums, and potentially even License Suspensions. Even the safest of drivers sometimes find themselves on the paying end of a traffic violation…. Often times this ticket carries a heavier price tag than what is presented on the paper fine. In the event that you decide to fight your ticket and in turn lose, you might find court costs also included onto the initial fine. Not only that, but your insurance premiums may rise and your driving privileges may be seized. We understand how important it is for you to be able to drive: driving represents freedom and is an integral part of being able to support your family. If you get a ticket, there are a couple of things you most need to know before you do anything at all: Do Not Just Pay the Ticket Most people simply decide to pay their ticket and think it ends there. The first rule in dealing with your traffic ticket is to never simply pay the ticket right away. Paying the ticket counts as a guilty plea in most courts. If you plead guilty, you can face additional fines, get points, and even get a license suspension. Respond to the Citation and Plead Not Guilty This might be common sense, but if you do not respond to the citation, your license will be suspended. When you get the ticket, plead “not guilty” and send it out to Philadelphia Traffic Court, but do not pay. Pleading not guilty enables you to avoid a service fee for not responding and ensures they won't suspend you for failure to respond.

Regardless of the kind of traffic ticket you get, you should consult with an attorney. Many people believe they don’t need an attorney for a mere ticket. However, there are many potential consequences which can follow from a traffic ticket. For example, if you’re a Commercial Driver, your commercial driving privileges can be suspended for a period of time, and you could potentially be out of work if you plead or are found guilty of certain offenses. Similarly, if you are an out of state driver, your out of state driver's license could be suspended for an offense that doesn’t carry a suspension in Pennsylvania. The only way to make sure you don’t fall into one of those traps is to consult with an experienced Philadelphia traffic attorney.

Attorney in Philadelphia for Traffic Tickets

No matter what citation you receive, you should call us today for a free consultation. Our experienced attorneys have decades of experience in dealing with Traffic Citations in Philadelphia. We’ve had thousands of satisfied traffic clients, and many of these clients have given us positive reviews in appreciation. We know how the system works, and we have been able to get real results for our clients time and time again.
Contact Us Today for a FREE Case Evaluation
Follow Us
© 2023. The Law Offices of Greg Prosmushkin P.C.